I recently discovered an old, old cover letter I’d written (being used as a bookmark in a Brewer’s Dictionary of Phrase & Fable) back when I worried about my very spotty cv. “Years of international experience across different areas in a variety of industries - combined with blah blah blah - make me the ideal candidate for the position of . . .” was how I tried to gloss over my “gap year” of seven years, the stretches of time I spent traveling (unemployed), and my jumps from kitchen to gym back to kitchen to sub to shop to cruise ship to office back to kitchen . . . 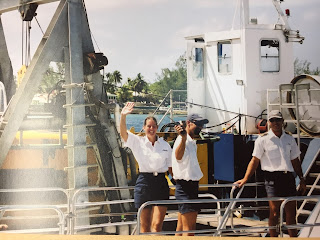 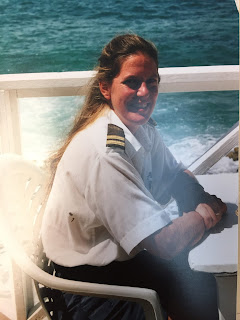 Grand Cayman, late 90s, co-pilot, Atlantis Submarines. (The epaulettes are great, but where's my hat? Why am I not wearing more sunscreen? Why am I not sitting up straight?)

It made me smile; I was so earnest, determined to find the skill set each random job had given me that resulted in my “ideal candidacy” for whatever position I was applying for.

It makes me smile; because I haven’t changed. 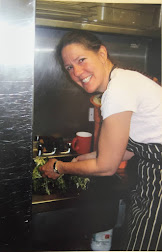 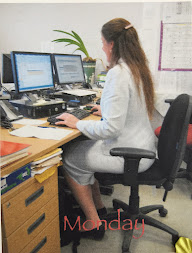 At the start of this Dementia journey, I worried that I had no training, and that my inexperience could harm the man I love most in the world. My nephew suggested that what’s needed is a course for spouses like me. That parents-to-be can take lessons in how to wipe a bum, change a diaper, dress someone who is unable to help with the process. Maybe if I’d been lucky enough to raise a family, some of the things I didn’t know wouldn’t have been so unfamiliar. (Although I imagine that changing a child’s diaper is very different to changing a spouse’s diaper.)

I was moved by my nephew’s suggestion, grateful for his insight and compassion. Since the beginning of Doug’s illness, my nephew has been thoughtful, helpful, and kind. One holiday he took Doug to the washroom multiple times a day under the ruse of needing it himself, when Doug was unwilling to admit he didn’t know how to find it. He played Chess without winning every game, long after Doug had forgotten the rules. When he noticed Doug struggling to zip up his coat, or cut his meat, he managed to help in such a way that Doug took no offence. One day Doug turned up at my sister’s house, completely lost, and my nephew said, “Oh, I was just heading that direction myself,” and took him home. His generosity, his simple acts of kindness, his figuring out what needed to be done and just doing it was often the gentle reminder I needed that I just have to do the best I can. 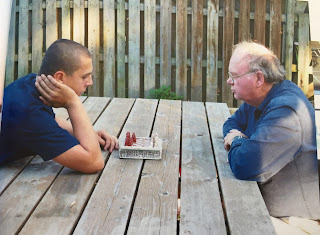 One of Doug's favourite things is being an Uncle

I first read A Prayer for Owen Meany many years ago. There is a moment towards the end of the novel when everything clicks in to place and the reader realises, at the same time as the characters, what a hundred small incidents have been leading towards. I remember the novel as a wonderful piece of writing and that moment at the end as especially powerful. It was the reverse of throwing a pebble into the lake and watching waves ripple out . . . instead all the waves, for the entire novel, had been moving towards this tiny, yet life-changing, pebble. 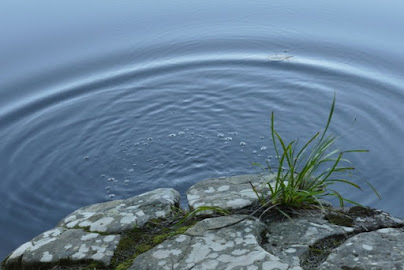 Ripples. Photograph by my Mum

I tell myself that everything I have experienced, everything I have learned, has contributed, in some way, to my ability to be a caregiver. When I worked in a trilingual kitchen and travelled solo through countries whose languages I didn’t speak, I learned non-verbal communication skills. When I was a co-pilot on the tourist submarine, part of my job comprised making the ordinary sound extraordinary, and helping people see and understand what they might otherwise have missed. My role as a cruise ship liaison taught me patience. Various jobs across the years (swimming instructor, peer supporter) taught me how to share knowledge. My Aunt Em lived with Parkinson’s Disease - watching her caregivers was a hands-on how-to course. Living through Covid is teaching me . . . so much.