When I am in the world with Doug I try to live in the present; I try not to dwell on what could have been, or what isn’t . . . though of course I am all too aware of changes.  In the world of fiction (reading, writing, workshopping), I am interested in the ways different authors map the passage of time. (One of many examples I love: Alice Munro’s Train.) These two worlds of mine are overlapping in my current work in progress, as it features a character living with memory loss. (Because: write what you know . . .) I believe memories come back to us in fragments, and with those fragments time moves in fits and starts, jumping back and forth, imploding and exploding.

Doug loves poetry, and his Scottish ancestry, and has always observed Robbie Burns Night. I’ve heard many great stories about Burns Suppers Doug hosted before we met. His passion for detail was such that, not only did he make his own haggis when necessary, he memorised dozens of Burn’s poems, and took voice coaching in order to get the dialect correct.

Our first January together we went to his local with two of his close friends, where he addressed the Haggis, and recited To A Mouse. 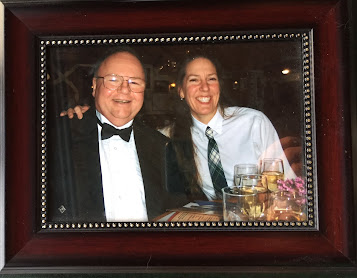 Every year thereafter, we celebrated together. At home with friends, or just the two of us. Out, at our local pub, or at more formal events. 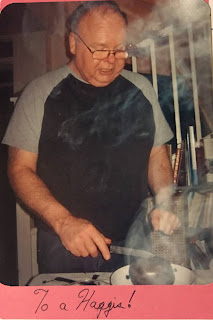 In 2014 we went to Alloway, South Ayrshire, to the Robert Burns Birthplace Museum for the Supper. A TV reporter at the party asked Doug if he had an opinion about the approaching referendum for Scottish independence. After filming for several minutes, the reporter paused to clarify if Doug was a local. Doug shook his head. “I’m a Canadian, living in Cambridge. But you asked me if I have an opinion, and that I have.” I remember everyone laughing: the TV crew, the other guests, the Supper organisers, the wait staff, and, most of all, Doug. 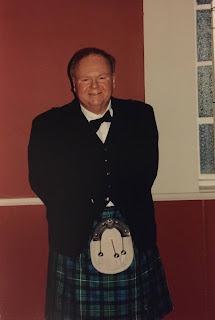 In January 2018 Doug needed help getting dressed in his kilt & could no longer recite To A Haggis from memory, but it read it. He read it well. 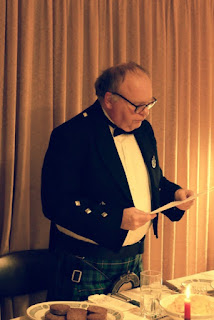 By January 2019 dressing him in his kilt was too much of a challenge. My stepdad addressed the haggis; at “An’ cut you up wi’ ready slight” we cued Doug to open it with his Sgian Dubh. 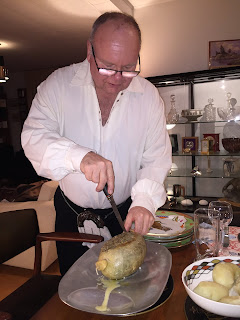 This year we snacked on whisky-infused Cheddar with oatcakes.  I read some of Burns’ poems, we watched poets reading Burns on You Tube, and we listened to Scottish musicians and singers. “That’s beautiful,’ I said, when the Royal Scots Dragoon Guards’ pipe bad played Auld Lang Syne. “Beautiful,” Doug echoed.  When we danced to I’m Gonna Be (500 Miles) we managed to transform his room into a cèilidh, if only for a moment. But it was a moment, a happy moment. 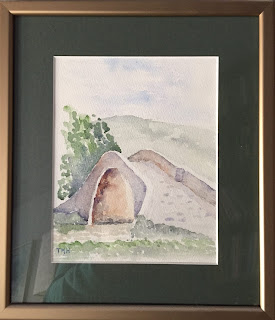