The Gift of Stories

I tend to economise at the grocery store, because I find that an easy way to save money for other things more important to me. I’m a person who shops the reduced table, buys day-old, chooses a bag of legumes for protein. There are exceptions: if I’m cooking for other people, I buy the best I can afford. If I’m in a fabulous deli in another city, all bets are off. And if an avocado or a mango looks perfect, I’ll often splurge. This week I treated myself to a bag of blood oranges. 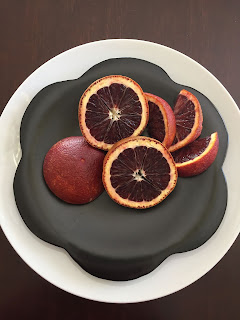 I was three and three quarters when I ate my first blood orange. Italy, 1971. I argued with my older sister; this couldn’t be an orange, because it was red. She pointed out that it was the name of the fruit, not the name of the colour of the fruit. I didn’t call a banana a yellow, or an apple a green. Or maybe she didn’t. I wasn’t yet four - I don’t really remember the exact details of the argument, just that there was shouting, and crying. And in all likelihood my sister didn’t care that I didn’t recognise an orange, albeit a red one: our eldest sister had just died. We’d been bundled up, we’d been driven through a blizzard to Montreal airport, we’d flown to Italy, and been met by my Mum’s sister, my Aunt Em. This wasn’t a holiday; it was an attempt to escape an unbearable grief. 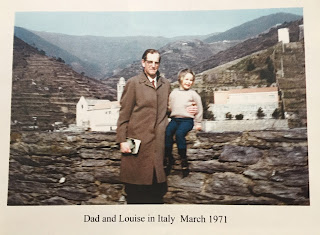 I have explored that story in poetry, and in fiction. It’s one of very few early childhood memories I have. I am aware I grant it more poetic weight than it truly deserves - but isn’t that the way of the stories we tell ourselves about ourselves? Fifty years later, blood oranges are still magical to me, still a treat, still transport me back to that long ago moment.

A friend of ours recently sent some photographs and snapshots of Doug’s early adulthood, with stories about the moments captured on film. (Thank you, Ron!) What a gift - to have a window into the past of the man I love, to hear his stories, many of which he’s never told me. 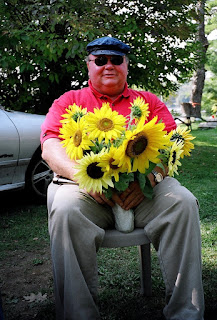 Every story confirms that Doug has always been Doug. A good man, an everyday hero, an optimist. He once rescued a woman from a car accident; once she was safe, he laughed at the song she’d been forced to listen to on repeat. 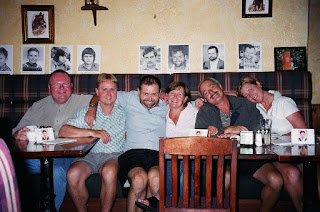 At a party held in a converted barn, he mixed himself a strong cocktail and drank it from a pineapple. At some point during the evening he opened the wrong door and fell backwards down a flight of stairs. Instant panic - he could have broken his back, or worse, his neck. But as everyone rushed to the top of the stairs, Doug grinned and held up his pineapple. “I only lost half my drink!”

A glass half-full. That was Doug, and that is Doug. (Also drinking from a pineapple, and falling down a flight of stairs - that’s so Doug too.)

This week marked an anniversary of sorts for me. On March 5th 2005, I was (according to the paramedic who saved my life) 7 minutes away from death. Since then, I have left a bad marriage, moved back to Canada (and back to England and back to Canada again), met my youngest niece, grown to truly know my other niece and my nephew, gone back to school, earned an MA and a PhD, become a teacher, become a writer, spent time with my family and friends, made new friends, had my first book published, met + married + made a life with Doug.

How many stories would I have lost had I not survived that day . . .

It is heart-breaking that Doug no longer holds the favourite stories of his life - but they are not lost. We who have witnessed this wonderful man now carry his memories for him. 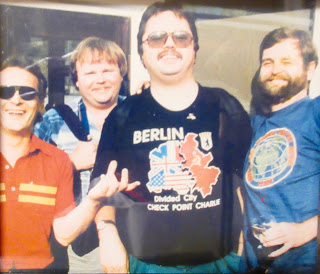